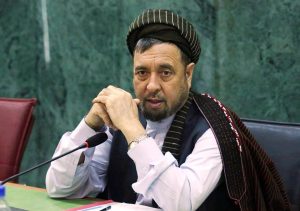 The Second Deputy Chief Executive of the Unity Government Mohammad Mohaqiq slammed the government’s leadership after the coordinated Taliban attack on Ghazni city.

Moahqiq in a statement said the Taliban militants managed to destroy almost all government compounds and kill several security personnel in less than 24 hours after launching the attack.

He said the government arrived very late to rescue the city from the Taliban militants despite the provincial capital was under constant threat of the Taliban attack.

Mohaqiq claims that the government leadership failed to take offensive actions against the Taliban threats due to the false pride and ignoring the demands and calls of the people and instead the government leaders kept themselves busy with orchestrating vote rigging for the upcoming elections.

The deputy chief executive also criticized the government for having a political will to transfer the surrendered ISIS militants but remaining reckless regarding the casualties of the Afghan armed forces.

This comes as a large number of Taliban militants launched a coordinated attack on Ghazni city in the early hours of Friday morning.

According to reports, sporadic clashes still continue in some parts of the city between the security forces and the Taliban militants.