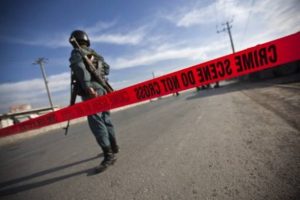 A group of gunmen attacked a mosque in the central Logar province of Afghanistan late on Wednesday night amid reports a former commander of Hezb-e-Islami has been killed.

The provincial government media office in a statement confirmed the attack on the mosque in Mohammad Agha district.

The statement further added that a group of armed militants stormed into a mosque in Surkhabad area, leaving at least two prayer participants dead.

According to the provincial government, a tribal elder identified as Sher Agha Kochi was among those killed and two others were wounded.

In the meantime, the local officials in Mohammad Agha district said Kochi was a former commander of Hezb-e-Islami a local influential tribal elder.

Logar is among the relatively volatile provinces in central Afghanistan where the Taliban insurgents are actively operating in a number of its remote districts.

The group often conducts insurgency activities by placing landmines and carrying out coordinated attacks against the government and security forces.