UN to ask for written guarantee from Taliban for humanitarian issues

Women protest in support to Taliban in Nangarhar province 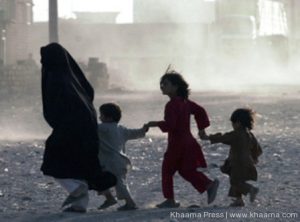 The report attributed the reduction in civilian casualties in 2012 to fewer deaths and injuries of civilians from ground engagement among parties to the conflict, a decline in suicide attacks by Anti-Government Elements, reduced numbers of aerial operations, and other measures taken by Pro-Government Forces to minimize harm to civilians.

At the same time, however, UNAMA observed increasing threats to civilians in 2012 associated with the presence and re-emergence of armed groups, particularly in the north and northeast regions of Afghanistan. Civilians also faced an increase in threats, intimidation and interference with their rights to education, health, justice and freedom of movement from Anti-Government Elements.

“The decrease in civilian casualties UNAMA documented in 2012 is very much welcome,” said Ján Kubiš, United Nations Special Representative of the Secretary-General for Afghanistan. “Yet, the human cost of the conflict remains unacceptable. Indiscriminate and unlawful use of improvised explosive devices by Anti-Government Elements remains the single biggest killer of civilians. Steep increases in the deliberate targeting of civilians perceived to be supporting the Government demonstrates another grave violation of international humanitarian law. Particularly appalling is the use of suicide attacks including those carried out by brainwashed children to murder civilians which is also a clear breach of the norms of Islam.”

The report found that women and girls continued to suffer enormously from the effects of armed conflict. UNAMA documented 864 female casualties (301 deaths and 563 injuries) in 2012.

UNAMA documented 6,131 civilian casualties (2,179 civilian deaths and 3,952 injuries) caused by Anti-Government Elements, an increase of nine per cent over 2011. UNAMA’s report notes that improvised explosive devices (IEDs) used by Anti-Government Elements were the greatest threat to civilians in 2012, causing 2,531 civilian casualties with 868 civilians killed and 1,663 injured in 782 separate incidents.

The report was released as anger is high over an airstrike last week in northeastern Kunar province that killed five children, four women and one man along with four insurgents. Angry that the strike was requested by his national intelligence service, Karzai on Monday ordered government troops to stop asking for foreign air support in residential areas.

However the report will come as welcome news for foreign forces, which have faced government pressure in the past week to limit air strikes during anti-Taliban operations civilians areas.

One thought on “Afghan civilian casualties reduced by 12 percent: UN”