NATO to look into possibility of intelligence share with Afghan forces 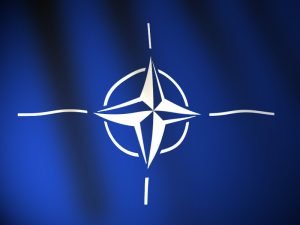 Amid deteriorating security situation across the country with the Taliban-led insurgency being rampant, the North Atlantic Treaty Organization (NATO) has decided to increase support for the Afghan national security forces.

According to reports, a classified document prepared for the upcoming NATO ministerial has been approved which will pave the way for the alliance to look into the possibility of sharing intelligence with the Afghan security forces.

Quoting diplomatic sources, Deutsche Presse-Agentur (DPA) International reported that the latest step by NATO could help prevent incidents such as recent Taliban attacks for which local authorities were unprepared.

The report further added that the alliance could also deploy trainers in volatile regions of the country and will likely provide air support in the event of an emergency.

This comes as the situation in Afghanistan will be discussed during the NATO foreign ministerial in Brussels which is scheduled to be organized on 1st and 2nd December.

Currently, around 13,000 NATO troops are stationed in Afghanistan who are operating within the framework of Resolute Support (RS) mission and provide train, advise and assistance to the Afghan security forces.

The NATO-led Resolute Support mission was launched with the conclusion of the International Security Assistance Force (ISAF) mission last year.

Quoting NATO sources, DPA International reported that the report is less negative about the security situation in Afghanistan than recent Taliban attacks may suggest.

They noted that Afghan security forces are capable in many areas, such as the ability to carry out operations spanning several weeks.