Afghanistan opens its first and only DNA diagnostics center

Ghani returns to Kabul after attending WEF in Switzerland 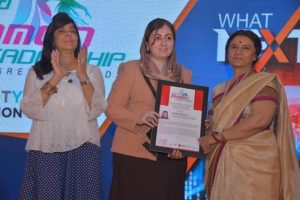 Celebrated Hasina Jalal won the Global Women Leadership award on 17th Feb. 2016 for her hard work on scientific researches about women and economy.

Hasina Jalal is a young Afghan woman scholar who competes internationally and has achieved many successes so far. Hasina Jalal once more created honor to Afghan women and once again brought extra ordinary success to Afghanistan. Hasina recognized talent and activism proved Afghanistan young generation of women knowledgeable and competitive in the world.

Hasina Jalal is a remarkable Afghan young woman leader who has accomplished so much as a youth leader. A young, creative and energized soul! Hasina Jalal has jump-started a wide ranging number of initiatives for empowerment of Afghan women and youth.  From educational training projects to writing articles in weekly newspapers, to a vocal representative at community meetings, Hasina speaks up for women’s and youth rights one way or another.

Self-reliant and pro-active, Hasina has a passionate voice and an uncompromising belief in the promotion of women’s rights and democratic principles. These beliefs have enabled her to remain resilient in the face of the cultural barriers and security threats aimed at her.  Despite these challenges Hasina continues to push the agenda of women’s rights forward by fostering partnerships and collaboration between women’s groups, undertaking advocacy and building the capacity of a number of non-profit organizations. A founding member of the National Association of Afghanistan Civil Society, Hasina works with other like-minded activists in bringing together voices that have been marginalized by violence. Hasina has learnt that by constructing a strong and empowered collective, greater political power can be yielded to build a growing resistance within Afghanistan to ignorance, discrimination, oppression.

Hasina’s work for a more inclusive society also extends to the written word, in which she exposes abuses against women, promotes inclusion, and celebrates freedom of expression. She co-founded and is a board member of the Afghani weekly Freedom Message Newspaper, an activist tabloid that exposes abuses of women’s rights and promotes freedom of expression, tolerance and understanding of democratic principles and laws on human rights. Her advocacy for women’s rights, particularly in rural areas, extends beyond writing.  Her work as a speaker on youth issues over the past three years has not gone unnoticed, with greater advocacy to address issues of violence against women and demand greater equality for women. In 2012, Hasina’s contribution to spreading awareness and fighting for equality and justice in Afghanistan led her to being included in the Asian Rural Women Coalitions Honoring 100 Women campaign.

Hasina has worked with various organizations in Afghanistan for promotion of democracy and enhancement of young women participation in the processes and in making the voice of Afghan youth recognized.

Hasina has participated in international conferences on behalf of the people of Afghanistan especially the youth and led various campaigns such as One Billion Rising Global campaign in Afghanistan. She has gained exceptional achievements and results for the youth of the country as well as the women and elderly, also achieving impeccable results in regards in youth leadership. With exceptional skills, attributes and determination Hasina is the voice of Afghani youths today.

Hasina demonstrated through her struggle as front line runner that young women in Afghanistan are capable of contributing to peace and development despite the many social, economic and political obstacles and the enormous threats to their security.  Recent events in Afghanistan witnessed women activists and defenders of human rights being assassinated by enemies of the people. In the culture of Afghanistan, a young woman like Hasina is not expected to play active roles in public life, much less become an activist and a leader.

Hasina focuses in helping raise the voices of young women through her leadership in education and training of youth, promoting partnerships and collaboration among women’s groups, advocacy, and capacity building of non-profit organizations.  She works to bring together the voices of people who are being marginalized by violence, poverty, and isolation. She believes that collective power of the dis-empowered is key to equality, democracy and a peaceful and more progressive life for all.

As a writer and publisher in Afghanistan local press, Hasina encourages women in communities to write their news and opinions about their lives.  Through speeches and direct engagement with the people, Hasina amplifies the clamor for attention to the lives of people who have less in life.  She is a real inspiration to the next generation of women leaders in the country.

Hasina’s efforts and achievements for Afghanistan youth has been recognized and received by Asian Rural Women Coalition, rural women advocate international award in 2012 for continuously fighting for survival, justice and freedom in Afghanistan. ARWC recognized the leadership, strength, creativity, and commitment in pushing for gender equality through awarding the mentioned award which is certified in the below link:

Hasina did much to build peace and make people aware of what women can offer when participating in society. She assisted community members in having their disputes resolved, consulted with male and female traditional and tribal justice actors, organized and facilitated various workshops and discussion sessions for male and female traditional justice actors, tribal elders, religious leaders, and has been a consistent and vocal supporter of strengthening women’s role in community justice processes.

Hasina Jalal received N-Peace Award from UNDP Asia-Pacific Regional Centre by Judy Cheng-Hopkins, Special Adviser of the Secretary General on the University for Peace” as recognition of her work for peace through promoting peace culture as Afghanistan 2014 N-Peace Award winner is reflected in below links:

As well as being committed to peace-building, Hasina is dedicated to women’s rights and trying to educate the young generation to work together to achieve a prosperous future. She has supported the foundation of many women’s organization and supports female victims of violence to access justice, and in supporting women seeking divorce from abusive husbands.

Hasina spent a lot of time organizing conferences and campaigns to raise awareness amongst both women and men about the importance of education for both boys and girls, and how both men and women need to be included in securing peace in the community. She has visited the leaders of many provinces in Afghanistan to talk with them about the benefits of educating women and girls need, for not only peace, but also for the social and economic well-being of Afghanistan. She also established educational centers where women can learn and take trainings in safe spaces.

Afghanistan opens its first and only DNA diagnostics center

In multiple coordinated operations against the Taliban during the last 24 hours in different parts...

Afghan man killed his brother in a dispute over Barcelona’s defeat against Valencia in northern...