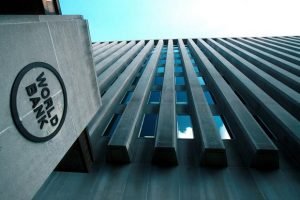 The World Bank’s Board of Executive Directors today approved $120 million in grants for Afghanistan and discussed the 2017-2020 Country Partnership Framework (CPF) that sets out the institution’s plans for supporting the country in ending poverty.

The $120 million in grants consists of $100 million to bring infrastructure and social services, including drinking water access for 3.4 million people, in all 34 provinces and four large municipalities. Another $20 million will strengthen Afghanistan’s financial sector, including improving the capacity of the central bank, Da Afghanistan Bank.

“Today’s discussion of a new country partnership framework and approval of new grants confirm the World Bank Group’s long-term commitment to Afghanistan,” said Annette Dixon, World Bank Vice President for South Asia. “We look forward to working actively with the Afghan people in their efforts to improve the economic and social conditions needed to lift all Afghans out of poverty.”

According to a statement by the World Bank, the CPF sets out the strategy of the World Bank Group to support Afghanistan’s goal to reduce poverty, spelled out in the Afghanistan National Peace and Development Framework. The strategy aims to help Afghanistan build strong and accountable institutions to deliver services to its citizens, and encourage growth of the private sector. The CPF also aims at supporting economic growth that includes all members of society, with a focus on lagging areas and urban informal settlements, and people driven from their homes by conflict.

The statemetn further added that the amount of finance available for the CPF will be determined when the World Bank Group’s International Development Association (IDA) – the fund for the poorest countries – is finalized in December and new commitments under the Afghanistan Reconstruction Trust Fund (ARTF) are confirmed. The International Finance Corporation (IFC), the World Bank Group’s private sector arm, aims to expand its commitments in Afghanistan from its current portfolio of $54 million to a cumulative investment of about $80 million over the CPF period. The Multilateral Investment Guarantee Agency (MIGA), the Bank Group’s political risk insurance arm, stands ready to provide additional support with a focus in the finance, manufacturing, agribusiness and services, and infrastructure sectors.

“We will support government activities that improve the lives of the poor and vulnerable, especially women and children, through making healthcare and education more accessible and equitable, investing in infrastructure, and supporting rural communities, which depend on agricultural livelihoods and seek employment opportunities,” said Robert Saum, World Bank Country Director for Afghanistan. “We will continue our close partnership with Afghanistan to share international experience and help build local capacity, strengthen institutions, and improve governance.”

The $100 million grant to the Citizens’ Charter Afghanistan Project, approved today, will be provided by IDA. The $628 million project will be financed by the IDA grant, $128 million government co-financing, and a $400 million grant from donors through ARTF. The first phase of the Citizens’ Charter Afghanistan Project is expected to be implemented over four years and reach 8.5 million people.