Afghan police back to jobs in Kabul International Airport

Female doctor in Kandahar claims to be beaten by Taliban

Universities to resume in a week, new curriculum will be discussed upon: Taliban

Money transference should only be carried out in local currency: Afghan central bank

Woman and her teenage daughter shot to death by Taliban militants 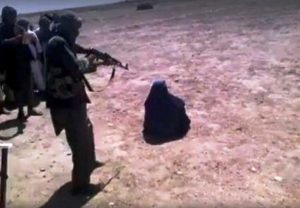 A woman and her teenage daughter were shot to death by the Taliban militants in northern Faryab province of Afghanistan, the local security officials said.

The officials further added that the incident took place in the vicinity of Kohistan district earlier today.

According to the officials, the Taliban militants shot the woman and her daughter after accusing the woman that her husband is having links with the public uprising forces.

Faryab is among the relatively volatile provinces in North of Afghanistan where both the Taliban and militants affiliated with the other militant groups are actively operating.

Today’s incident has taken place amid sharp rise in the cases of violence against the women.

The officials in northwestern Badghis province said Monday that a man has killed a nine-year-old girl who was married to him while she was only seven years old.

Provincial police spokesman Naqibullah Amini said the minor child bride was killed by her husband in Qads district of Badghis.

Afghan police back to jobs in Kabul International Airport

Taliban have invited border police of the previous Afghan government to return to their jobs in...

Female doctor in Kandahar claims to be beaten by Taliban

A female doctor in Kandahar province claimed that her home was stormed by the Taliban fighters and...

Universities to resume in a week, new curriculum will be discussed upon: Taliban

Ministry of higher education of Afghanistan said that they have been busy discussing issues with...