Virginity tests continue to haunt girls and women in Afghanistan 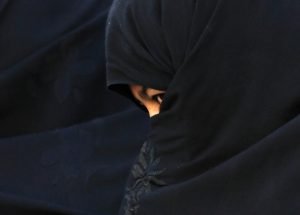 The issue of the virginity tests continues to haunt the Afghan girls and women, particularly the sexual violence victims, with the Human Rights Watch (HRW) new report unveiling a new distressing report from a remote part of Afghanistan where two children became the victims of the persistent issue.

According to HRW, a 6 and 7 year old girl were subjected to the distressing virginity test after reports emerged regarding an incident involving sexual assault on the two girls.

The case was reported to the authorities by a midwife after a local family turned to her for help when their 6 and 7-year-old daughters complained of abdominal pain.

After examining the girls, the midwife Farida found they had injuries consistent with sexual assault, and reported this to the district prosecutor’s office.

According to HRW, the next two months, the girls were sent three times for so-called “virginity examinations” – invasive procedures Afghan government doctors perform, purportedly to determine whether a woman or girl is a “virgin.” In reality, these tests have no scientific validity and can constitute sexual assault.

The World Health Organization has called them degrading and urges health workers not to perform them. For the girls Farida tried to help, the trauma and humiliation of repeated examinations compounded the initial abuse. When the girls’ parents brought them to a clinic for the third time, they sobbed and begged not to be tested again.

But because the “virginity test” could not prove that penetration had occurred, the judge threatened the midwife, saying, “I could sentence you to imprisonment for false reporting [of rape], but I forgive you this time, as you are a woman, but be careful in the future.”

The midwife Farida, who told HRW she had followed appropriate procedure in reporting the girls’ injuries, also faced trouble at home; her neighbors said she had dishonored their community by reporting the case in the first place.

HRW fears as a result, future cases of sexual violence in the village are more likely to go unreported.

According to the United States Secretary of State Antony Blinken’s announcement on Tuesday,...

The United Nations announced on Tuesday that it had started an emergency appeal for $110 million...

Zabihullah Mujahid, the spokesman for the Taliban’s de facto government in Afghanistan, denied...