Vehicle packed with 2 tons of explosives seized in Kabul city 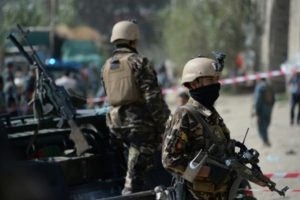 The Afghan national defense and security forces have foiled a deadly explosion in Kabul by seizing a vehicle packed with explosives.

Security officials are saying that the vehicle was discovered from the vicinity of the 8th police district of the city.

According to the officials, the militants had stored around 2 tons of explosives inside the Mazda type vehicle and were looking to carry out an attack in an unknown location in the city.

This comes as reports emerged on Monday suggesting that a vehicle packed with explosives has been discovered from an area close to the embassy of Russia.

The latest reports regarding the prevention of the deadly attacks emerge days after the Taliban group carried out a series of deadly attacks in Kabul and other parts of the country.

Scores of people lost their lives while hundreds more were wounded in the attacks which sparked furor and anger against the Taliban group.