USAID suspends its largest contractor (IRD) in Afghanistan and Iraq 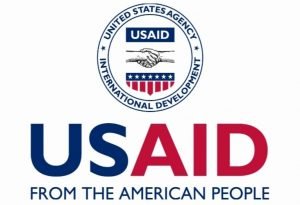 The main U.S. foreign assistance agency – United States Agency for International Development (USAID) said Monday that it has suspended one of its largest nonprofit contractors in Afghanistan and Iraq.

A statement by USAID said the decision to halt contract awards to International Relief and Development (IRD) was taken after finding “serious misconduct” involved in funding.

The statement further added “The agency is aware that the USAID Office of the Inspector General is conducting an investigation of IRD.”

“USAID has a zero tolerance policy for mismanagement of American taxpayer funds and will take every measure at our disposal to recover these funds,” the statement added.

According to statistics provided by USAID, IRD was awarded projects amounting more than $1 billion in Afghanistan and roughly $85.57 million in Iraq between 2006 and 2014.

In the meantime, IRD issued a statement following USAID’s decision stating that the organization was “cooperating fully” with USAID.

“We are working on a response to USAID that will directly address the agency’s concerns, and re-establish confidence that federal taxpayer funds are being prudently managed by IRD,” the organization’s CEO Roger Ervin said.

Political adversaries of the Taliban have gathered in Vienna, the capital of Austria, for a three-day...

The two Russian diplomats who died in the recent embassy bombing were awarded badges of courage...

FILE: Afghan female beggars ask for alms as pedestrians walk past in downtown Kabul on October 10, 2012....

Due to opposition from several Shanghai Cooperation Organisation members, the Taliban leadership...