US will continue tracking China, Russia and Iran from Afghanistan 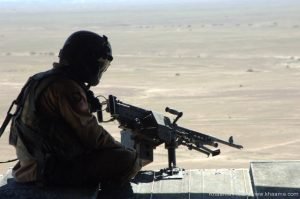 The remaining US forces in Afghanistan will follow and track the activities of neighbor countries of Afghanistan after 2014, Khalil Noori the president of a think tank focused on nonmilitary solutions for Afghanistan told Russian media.

Noori further added that the United States will keep a small part of its forces in Afghanistan to have an opportunity to keep an eye on Russia, Iran, Pakistan and China.

According to the US department of state, US force will end their combat operation by the end of 2014 but a small number of US forces will remain in the country to train and support the Afghan national forces.

“Afghanistan used to be a ‘buffer state’ and will now be transformed into an “observation tower.” It is in a perfect strategic location for the United States to monitor nuclear Iran, nuclear Pakistan, Russia and China,” Khalil Nouri, President of the New World Strategies Coalition Inc., said on Thursday.

According to Noori, the United States will leave some forces for the “long haul” despite the plans to extract all troops from Afghanistan, amid fears that the total pullout leaves a security vacuum.

“Afghan security forces are still weak and may not be able to defend against the [Taliban] insurgency if all foreign troops leave prematurely,” he said.

Around 10,000 US soldiers will remain in Afghanistan for long term according to BSA which was signed by national security adviser of Afghanistan and approved by the afghan president Ashraf Ghani.

This comes as the US President Barack Obama announced back in May that the US forces would be completely withdrawn from Afghanistan by the end of 2016, putting an end to 13-year war aimed at dismantling the al Qaeda terrorist network.

Obama had said a residual force of 9,800 would assist Afghan security forces at the beginning of 2015.