US unveils package of aid initiatives for Afghanistan worth $300m 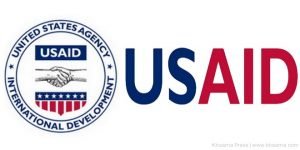 The Obama administration is expected to unveil a new package of aid initiatives for Afghanistan on Monday, which will include development initiatives worth $300 million.

The new initiative by Obama administration is aimed to help Afghanistan shield itself from the departure of the coalition forces and an expected drop in international aid.

The announcement is expected to be made by United States Agency for International Development (USAID) on Monday, which will include three new development projects.

Larry Sampler, USAID’s chief official for Afghanistan and Pakistan, told Reuters, The question is, what can we do now to make sure Afghanistan is as healthy, sustainable and feasible as possible going forward.”

This comes as the US lawmakers halved the civilian development aid to Afghanistan last month, however, US officials have said that the recent budget cut would not affect the new initiatives.

According to Sampler, the initiatives would aim, in part, to provide a buffer as the war economy winds down. “There’s going to be a lull in the economy, and we want to minimize that lull,” he told Reuters.

Around $125 million of the new package of aid initiatives will go to Afghanistan’s food and farm sector, while another $77 million will seek to open Afghanistan up to greater international trade and investment, and to improve tax and revenue collection, under a four-year program.

The new package of aid initiatives will also include a final program worth almost $100 million that would create partnership between 10 Afghan universities and three US universities in a bid to help the Afghan universities give young people the practical skills they need to work in the private and public sectors.