Haqqani: The Taliban Wants to Have Good Relations with the US & the Rest of International Community 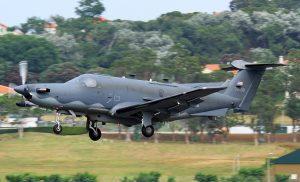 The Ministry of Defense (MoD) officials said the planes will be delivered in the near future and based on a contract concluded in 2012.

This comes as the US Air Forces Central Command announced Wednesday that the first six Armed MD-530s arrived in Afghanistan on Tuesday night.

Afghan Air Force is also expecting to receive 20 A-29 Super Tucano light air support aircraft which will help replace the Mi-35 attack helicopter that reaches the end of its service life in January 2016.

According to reports, the first of 20 A-29 Super Tucano aircraft 26 are scheduled to arrive early next year, in preparation for the Afghanistan pilot and maintenance training mission.

A-29 pilots and maintainers are currently in the US and have been training since February.

Executives of construction and logistical firms have demanded that the Taliban pay for the projects. Many...

The body of an elderly man is discovered in the Zulfiqar lake of Band-e-Amir National Park, according...

The Taliban’s Ministry for the Propagation of Virtue and the Prevention of Vice has ordered...

The three-day meeting is taking place under the framework of the SCO’s Regional Anti-Terrorist...