US helicopter makes hard landing in Afghanistan, 2 US soldiers wounded 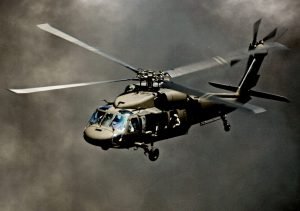 At least two US soldiers sustained minor injuries after their helicopter made a hard landing in eastern Nangarhar province of Afghanistan earlier today.

The NATO-led Resolute Support Mission in Afghanistan in a statement said “A U.S. HH-60 Black Hawk suffered a mechanical issue that resulted in a hard landing during operations near Achin, Nangarhar early this morning. “

“The aircraft is being recovered and the incident is under investigation,” the alliance added.

Nangarhar was one the calm provinces in east of Afghanistan since the fall of the Taliban regime but the province has started to witness instability with the growing attempts by Taliban and ISIS militants to expand their presence.