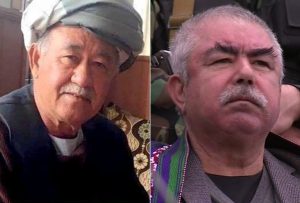 A top US diplomat in Afghanistan has called for thorough investigation in the torture and sexual abuse case of Ahmad Khan Ishchi involving the first vice president General Abdul Rashid Dostum.

The US Charge d’Affaires Hugo Llorens told reporters in Kabul on Tuesday that the international community supports a thorough investigation into the case of Ishchi and Dostum.

He also warned regarding the attempts to cast shadow on the case using the political and ethnic influence, saying such attempts would harm the legal sovereignty of the country.

This comes as Dostum is in Turkey with the Afghan officials saying he has left the country due to the illness he was suffering from and expects that the first vice president would return upon the completion of his treatment.

President Mohammad Ashraf Ghani has said the First Vice President General Abdul Rashid Dostum is in Turkey for the treatment based on the permission of the Attorney General’s Office.

Speaking during a press conference in Kabul on Tuesday, President Ghani said a legal case exists between the First Vice President and Ahmad Ishchi.

However, he said an individual can leave the country in case of facing a severe health issue in accordance with the laws of the country, despite facing any legal case filed against him.

Ishchi, the former governor of Jawzjan province and the rival of Dostum, had c laimed that the vice president detained him and forced him to strip naked besides he was beaten by the bodyguards of Gen. Dostum and was sodomized with a rifle.