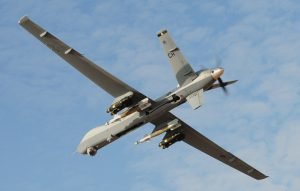 The US forces based in Afghanistan conducted at least three more airstrikes against the loyalists of the Islamic State of Iraq and Syria (ISIS) terrorist group, leaving at least 12 of them dead.

The officials further added that the airstrikes were carried out in different times on Tuesday in Mazdaki, Bazar and Gand areas.

According to the officials, at least 2 loyalists of the terror group were also wounded in the airstrikes.

The officials also added that the local residents did not suffer any casualties.

This comes as a commander of the terror group was killed along with his three fighters in a similar airstrike a day earlier.

According to the local security officials, the airstrike was carried out in the restive Achin district, targeting the militants in Abdul Khel district.