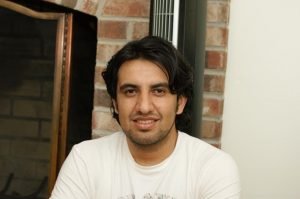 The arrests of US based online journalist Khalid Hadi Haidari raises  new and serious concerns about the freedom of speech and expiration in Afghanistan.

Afghanistan’s security forces arrested a prominent Afghan journalist and online news editor and publisher today in southern Kandahar province, raising questions about media and political freedom in the country ahead of the international force draw down by the end of this year.

According to reports,  Khalid Hadi  Haidari the head of Benawa.com, an afghan online media, was arrested on suspicion of  publishing some stories about illegal activities of the local government in Kandahar province in the south of Afghanistan.

He was taken in custody shortly after he entered to the Kandahar airport. He was supposed to make his way from Kandahar to capital Kabul to visit his friends.

Khalid Hadi Haidari is a well known journalist among national and international media and he has worked for CNN during the Taliban government in Afghanistan.

The arrest of Khalid Hadi  comes at a time when the Karzai administration is preparing to hand over power to the new elected government by the end of next month.

Afghan journalists union based in Kabul, says that the afghan force loyal to the local governor of Kandahar arrested Mr.khalid because of some stories which was published in Benawa online Pashto world  about governor Weesa  and his family members wrong doings in southern Kandahar province.

“Before, the press freedom was one of our achievements, and Karzai has been mentioning it in every speech,” says Ahmadshad, the owner of an FM radio station in Kabul. “Now, he’s sacrificing it for political aims.”

The crackdown on free expression is intensifying as Mr. Weesa’s administration faces mounting criticism from Afghans and Western governments for its failure to curb rampant corruption in Kandahar province.

“Every day, little by little, civil rights are being taken away by the government or other political parties, government militias, Taliban and warlords, until we are left without any rights at all,” Mr. Khalid   said in  his latest interview with US media before his detention in Kandahar .

The Afghan Journalist union joins the Afghanistan Independent Journalists Association (AIJA) in condemning the detention of a journalist without charge.

Khalid Hadi , a member of the Afghan media family  and a US based  reporter stationed at New York  for the Benawa.com,  a popular Pashtu-language news website, was arrested on June 17 in Kandahar airport  without a warrant.

The Afghan journalists associations have demanded that the Afghan forces  clarify the charges against Khalid’s  and outline the reason for his arrest.

They said in a statement, “We ask the Kandahar governor to disclose his location and health condition. Further, we call on authorities to allow permission for his family  and other journalists to visit him.”

Khalid Hadi’s family members and other Afghan journalists based in Kabul and Kandahar do not know about his condition or location. This is unacceptable. We urge the Afghan Government to ensure that the basic human rights of the arrested journalist are being seen to.”

Created in 2004 and employing 131 journalists, many in Afghanistan, Benawa.com is run out of Kabul and Albany, N.Y., according to its U.S.-based owner and manager, Khalid Hadi.