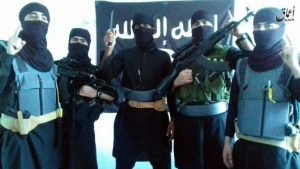 A deadly US airstrike targeted a training camp for the suicide bombers in eastern Nangarhar province of Afghanistan.

According to the local security officials, the airstrike was carried out in Achin district of Nangarhar on Saturday.

The provincial police commandment in a statement said at least 40 people including two trainers of the terror group and several suicide bombers were killed in the airstrike.

The statement further added that the training camp was located in Pekha area of Achin.

The two ISIS trainers killed in the attack have been identified as Qari Quran and Qari Fida, the police commandment added.

Several weapons, ammunition, and explosives belonging to the terror group were also destroyed in the airstrike, the police commandment said.

The destruction of the training camp could play a vital role in restricting the activities of the terror group as they have carried out numerous deadly suicide attacks in Kabul city and other parts of the country during the past recent months.

The group claimed responsibility behind the mosque bombing in Kabul that left more than 50 dead and scores more wounded.