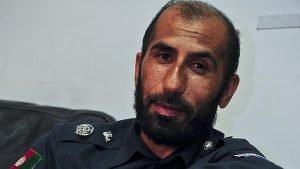 The provincial police chief for central Uruzgan province of Afghanistan was killed following the suicide attack in capital Kabul late on Wednesday night.

Gen. Matiullah Khan was one of the prominent security officials who was serving as provincial police chief for Uruzgan since 2011.

A spokesmn for the Taliban group, Qari Yousuf Ahmadi, claimed responibility behind the attack.

The incident took place around 8:15 pm local time in Qala-e-Ali Mardan area in the sixth police district of Kabul city.

Earlier reports suggested that the suicide bomber was looking to target a religious place where Shi’ite Muslims are gathering for religious affairs.

The spokesman for the Ministry of Interior Sediq Sediq confirmed the incident said two people were killed following the attack.