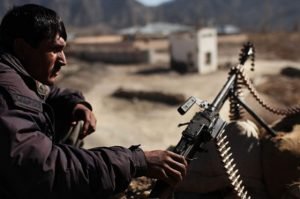 The United Nations Assistance Mission in Afghanistan (UNAMA) has expressed deep concern about the rising number of civilian deaths and injuries in ongoing military operations in the southern Afghan province of Helmand.

Armed clashes between the Taliban and Afghanistan National Security Forces have been taking place since 21 June in the province’s Sangin, Musa Qala, Naw Zad and Kajaki districts, with the majority of fighting concentrated in Sangin.

“The high number of civilians killed and injured in these ongoing military operations is deeply concerning,” said the Secretary-General’s Special Representative for Afghanistan and head of UNAMA, Ján Kubiš. “All parties to the conflict are obliged to take all feasible precautions to protect civilians during military operations.”

UNAMA following a statement said the deaths of at least 30 civilians and injuries to another 35 have been documented in Sangin since 21 June. It has also documented some civilian casualties in other districts of Helmand province.

Health authorities, victims and witnesses attributed the civilian deaths and injuries to the use of mortars that impacted homes, civilians caught in crossfire and improvised explosive devices.

The statement furhter added that the UN Mission is particularly concerned about the launching of mortars and grenades into populated areas which has resulted in civilian casualties, and calls on the parties to take all necessary measures to reduce harm to civilians from the use of these weapons.

UNAMA said the mission extends its condolences to the families of those killed and wishes a speedy recovery to those injured.