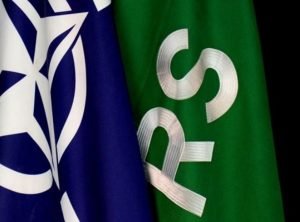 Ukraine will deploy additional forces in the framework of the NATO-led Resolute Support Mission to contribute in the ongoing train, advise, and assist mission in support of the Afghan armed force.

Alexey Genchev, head of the department for cooperation with NATO of the government office for European and Euro-Atlantic integration of the Cabinet of Ministers, Ukraine, informed regarding the decision to increase the number of Ukrainian forces in Afghanistan.

Genchev has told reporters that Ukraine will deploy at least 18 more soldiers to take part in the NATO-led Resolute Support Mission.

Genchev also added that the increase in the number of Ukrainian servicemen in the NATO mission in Afghanistan is “not just a political signal”, but it also gives the Ukrainians experience and enhances the operational ability to carry out combat missions in the Donbas.

According to reports, at least 11 Ukrainian soldiers are currently based in Afghanistan and are operating in the framework of the Resolute Support Mission.

At least 15 thousand foreign troops are stationed in Afghanistan to support the Afghan armed forces in the framework of the NATO-led Resolute Support Mission to train, advise, and assist the local forces.