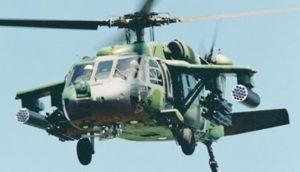 The introduction of UH-60 assault helicopter is included in the plans for the expansion of the Afghan Air Force, the NATO-led Resolute Support Mission has said.

According to a short statement posted online by the alliance “The world is taking notice of Afghan Air Power and its success against the enemy. The Afghan Air Force will more than double their fleet of aircraft over the next seven years.”

The statement further adds “Along with the new arrival of UH-60 Blackhawks this week, plans include the introduction of AC-208 light attack and surveillance aircraft, A-29 attack aircraft and additional UH-60 assault and MD-530 attack helicopters to the force.”

This comes as the first batch of the UH-60 Black Hawk helicopters for the Afghan Air Force arrived in southern Kandahar province on Monday.

The Afghan government and the country’s international allies including US and NATO have stepped up efforts to bolster the capabilities of the Afghan force and Air Force.

President Mohammad Ashraf Ghani earlier this month informed regarding the investment plans worth billions of dollars on the Afghan Air Force as he expressed optimisms that the announcement of the new US strategy for Afghanistan will pave the way for further expansion of the NATO-led Resolute Support Mission’s activities to boost the capabilities of the Afghan forces.

President Ghani further added that six billion dollars will be invested on the Air Force in the next four years.