Concerns growing over re-emergence of al-Qaeda in Afghanistan 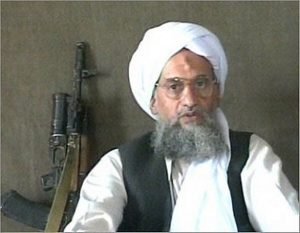 As Afghan and NATO forces focus in confronting the militant groups of Taliban and Islamic State (IS) or Daesh, concern grows over the re-emergence of al-Qaeda.

The New York Times reports that al-Qaeda training camps are sprouting up in Afghanistan, forcing the Pentagon and American intelligence agencies to assess whether they could again become a breeding ground for attacks on the United States.

In October, The U.S. and Afghan forces conducted a joint operation and destroyed training sites of al-Qaeda in southern Kandahar province.

Official said the operation between 7 to Oct 11 was carried out after months of intelligence gathering and planning and that one of the training camps was one of the largest ever discovered which was used by the group’s new offshoot Al Qaeda in the Indian Subcontinent (AQIS) formed in September 2014.

According to the report, senior administration officials in the U.S. concede that there are other Qaeda camps or bases, including at least one in Helmand Province, though they are not certain exactly how many because they were made harder to detect after the October assault. The senior officials — four from three different federal agencies — spoke on the condition of anonymity to discuss confidential intelligence assessments.

The NATO and U.S. military commander in Afghanistan has been quoted by the media as saying that, “Al Qaeda has attempted to rebuild its support networks and planning capabilities with the intention of reconstituting its strike capabilities against the U.S. homeland and Western interests.”

New York Times report further states that former administration officials have been more outspoken — especially those who were on the front lines of the original battle to destroy Al Qaeda’s central leadership.

“I do worry about the rebirth of AQ in Afghanistan because of what their target list will be — us,” it quotes Michael Morell, the deputy director of the C.I.A. until two years ago, as saying.

“It is why we need to worry about the resurgence of the Taliban,” Morell has said in another quote, “because, just like before, the Taliban will give Al Qaeda a safe haven.”

A senior administration official has said that the increased Qaeda activity was more the result of Pakistani military operations pushing fighters across the border into Afghanistan than Al Qaeda enlisting new Afghan recruits inside the country.

The operation under the name of ‘Zarb-i-Azab’ launched in June 2014 after which security situation has been worsening in Afghanistan.