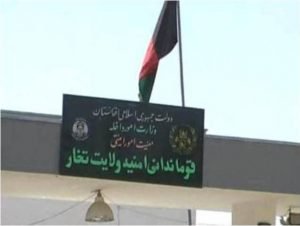 Two senior Taliban commanders have been killed in by security forces in northeastern Takhar province, an official said on Friday.

Khalil Asir, spokesman for the police headquarters of Takhar province said that the operations were conducted in Ishkamish and Khwaja Ghar districts.

He said that 25 other militants were killed and 19 wounded in these operations.

The police spokesman confirmed the martyrdom of two policemen in these operations.

He said that three other policemen also sustained injuries in the exchange of fire with militants.