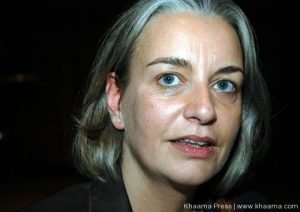 Mr. Zadran further added that one of the two female journalists was killed and the other one was critically injured following the incident.

He said the attack was carried out by a gunman in Afghan police uniform.

The Associated Press news agency confirmed that Photographer Anja Niedringhaus was killed instantly in the attack while Veteran reporter Kathy Gannon who was injured in the attack was said to be in a stable condition and receiving medical treatment.

This comes as unknown gunmen shot dead a foreign journalist in capital Kabul, while a senior Afghan journalist was killed along with his family members in an attack on Serena hotel.

Horner was on his way from his hotel to the ruins of a restaurant bombed by Taliban in January. He was expecting to meet a survivor of the incident before he was shot dead.

The AFP senior reporter Sardar Ahmad was killed along with his wife and two children after a group of gunmen attacked the Serena hotel on 20 March in capital Kabul.