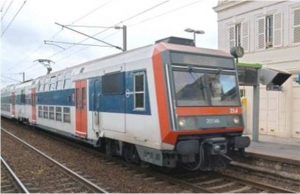 Two Afghans have been arrested and security agencies are looking for a third one who allegedly tried to rape a woman in Paris after finding her alone.

A French media outlet reports that a 28-year-old woman was traveling on the Paris RER express train on 9 December when three Afghan refugees tried to rape her.

According to France’s Le Parisien newspaper, the young lady initially entered a deserted carriage but soon after she was joined by about ten men who boarded at Montparnasse station.

The woman has told investigators that when she started to feel uncomfortable she tried to move but three of the men followed and used her isolation to pester her.

She has that then one of the three fondle d her, another strangle d her with her own scarf, and the third held a knife to her face before they all started to undress her.

At the same time another passenger boarded and intervened in her defence.

She managed to get off the train and took refuge in a nearby restaurant.

The three suspects were seen on CCTV footage recorded at Montparnasse station, from which investigating officers identified them.

On 17 December, two of the alleged rapists were arrested in Paris and charged with attempted rape. Although they denied any involvement their alleged victim recognised them.

The arrested migrants were aged 19 and 45 years old. They sought political asylum in France after claiming they fled Afghanistan having been pressured by the Taliban to attack the western world.

The investigation into the whereabouts and identity of the third attacker continues.

Thousands of people took to the streets on Friday...

According to Reuters, there will be more clashes between...