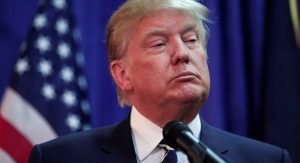 The president-elect of the United States Donald Trump vowed support under his upcoming administration to help unearth Afghanistan’s massive natural resources which include some of the world’s rare earth elements.

Trump made the commitment during a tlelphone conversation with the Afghan President Mohammad Ashraf Ghani.
Trump said Afghanistan has considerable natural resources and his administration will be prepared to assist Afghanistan in this sector.

He said Afghanistan has a great potential in economic development and the country’s natural resources can play a key role in this regard.

President Ghani and Trump also discussed security issues and other regional issues including fight against terrorism, the Office of the President, ARG Palace, said.

In his turn, Trump pledged support to review Kabul’s requirements in security related issues and assist the Afghan government accordingly.

ARG Palace said the US President-elect Donald Trump invited President Ghani to visit the United States so that the issues of the bilateral interest can be discussed.

President Ghani promised to visit the United States and in his turn invited Trump to visit Afghanistan which was welcomed with Trump saying he will visit the US forces as well as the Afghan officials as soon as there is an opportunity for the visit.