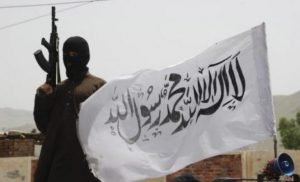 Top Taliban leaders have said the group has not intentions to participate in the upcoming talks regarding the peace process in Oman.

Two senior Afghan Taliban leaders, speaking on condition of anonymity, told Reuters the group’s leadership council met on Tuesday and decided it would not send a delegation to Muscat even if the group was invited to participate.

“Till that time, we were not invited, but even if we received any invitation, our senior members decided not to participate in the meeting,” said one of the Taliban leaders.

However, a member of the Afghan high peace council, Amin Waqad has told the paper that the council participates in the talks as they consider it vital and important due to the presence of the Taliban group members.

The meeting regarding the Afghan peace process is expected to kick off in Muscat on 16th of this month.

The meeting will be organized in the framework of the Quadrilateral Coordination Group consisting of the United States, Pakistan, Afghanistan, and China representatives.

The last meeting of the group ended without any breakthrough to start the Afghan peace process after the Taliban group responded the peace calls with unprecedented violence.

The group staged some of the largest attacks last year including a major attack on the VIP protection unit that left scores of people dead or wounded.

The attack forced the Afghan government to withdraw from the peace efforts and opted a strict military option against the group.

In the meantime, Islamabad is informing regarding the efforts to resume the Afghan talks at a time when pressures by Washington is on the rise, mainly due to the sanctuaries of the Taliban and Haqqani terrorist network.