‘Avatar’ returns to theaters this week

France beat Austria 2-0 with goals from Giroud and Mbappe 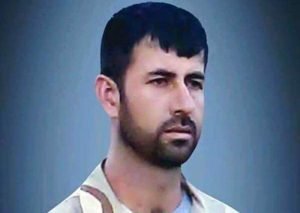 A top commander of the Afghan Special Forces 1st Lieutenant Mohamed Akbar lost his life during the attack on the American University in Kabul on Wednesday night.

Born in 1983 in Adarabi district of northern Baghlan province, Lt. Akbar lost his life as he was conducting clearance operation inside the university compound.

Dubbed as ‘Achilles’ teh historic Greek mytholoigcal warior by his men, Lt. Akbar took part in at least 30 higher profile attacks in Kabul city since 2009 besides participating in numerous special night operations against the militants across the country.

The attack on American University compound ended after almost 9 hours of intense gun battle that was triggered following a Vehicle-borne Improvised Explosive Device (VBIED) attack near the university.

The security sources said at least 13 peopel including seven students lost their lives and nearly 40 others were wounded although there are fears the death toll could rise.

No group including the Taliban insurgent has so far claimed responsibility behind the incident.

Local Taliban health officials in the southern Afghan province of Zabul said that at least 600 people...

FILE: The US Secretary of State Antony Blinken (center) launched the alliance for Afghan Women’s Economic...

The Taliban Ministry of Refugees and Repatriation said that more than 7,000 Afghan refugees had...

A dispute which sparked between two families, in the eastern Afghan province of Laghman, led to...