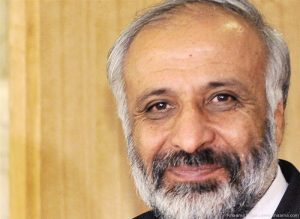 A senior Afghan high peace council official said he was cautiously optimistic about prospects for reconciliation with the Taliban and that all sides now realized a military solution to the war was not possible.

Mohammad Masoom Stanekzai quoted by Reuters said, abul government hoped to transform the Afghan Taliban, who have proved resilient after more than a decade of war against U.S.-led NATO and Afghan troops, into a political movement.

As the NATO combat troops are preparing to leave Afghanistan by 2014, the Afghan high peace council seems to have gained momentum in its drive to persuade the Taliban to lay down their arms and join the reconciliation process.

In the meantime Pakistan released eight members of the Afghan Taliban from prison on Monday, including the former justice minister under the Taliban, in a bid to boost the peace process in neighbouring Afghanistan.

Pakistan is seen as a lynchpin in efforts to bring about peace in Afghanistan as foreign troops plan to depart the country in 2014. Kabul has been pressing its neighbour to release more prisoners who they hope would bring the Taliban to the negotiating table before the U.S. troops go home.