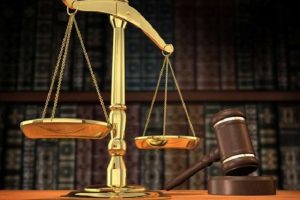 A prosecutor of the Afghanistan Attorney General Office will appear in the first open corruption trial in Afghanistan which has kicked off today.

Officials in Attorney General Office have said the prosecutor will appear in a special tribunal to try the major perpetrators involved in corruption cases.

The officials further added that the special tribunal will also try the perpetrators involved in other major crimes besides corruption.

This will be the first time Afghanistan is trying a high level judicial official in connection to corruption.

Speaking during an anti-corruption conference in Kabul late last month, Hamidi said the government has zero tolerance to corruption as he emphasized on effective efforts to counter corruption and disorder.

Earlier Attorney General Hamidi said Afghanistan will witness an anti-corruption machine launch to start a major fight against the growing corruption in the country.

This comes as reports emerged earlier in July this year suggesting that the government is working on at least 20 major corruption cases involving highly political influential figures.

Afghanistan has been consecutively placed among the top three nations with most corruption during the recent years by international organizations combating corruption.

President Ghani pledged a strict anti-corruption measure shortly after he was elected as the new President of the country, calling the growing graft a major barrier to implement reforms and bring changes.