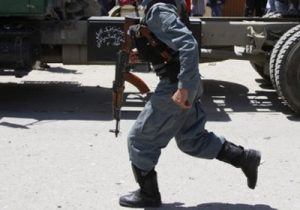 Three security guards of the United Nations Assistance Mission in Afghanistan (UNAMA) have been wounded in a bomb explosion in Jalalabad city, the capital of eastern Nangarhar province of Afghanistan.

Colonel Hazrat Husain Mashriqiwal, spokesman for the police HQ of Nangarhar said that the bomb was attached to a police vehicle which exploded around 12:30 pm this afternoon.

The victims were shifted to Nangarhar Regional Hospital for treatment.

No group has immediately claimed responsibility or the explosion.

This was at least the fourth explosion in Jalalabad city in less than two weeks. Two of them including the one that occurred close to the house of Haji Abdul Zahir Qadir, first deputy of the Lower House of Parliament or Wolesi Jirga, have been claimed by Daesh.