Three militants killed by own bomb in Kandahar 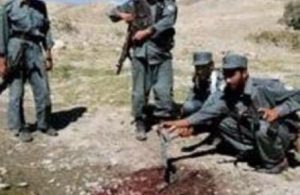 Three militants have been killed by own Improvised Explosive Device (IED) in southern Kandahar province.

Officials say the insurgents were trying to plant the IED on a roadside that exploded on them, killing all three on the spot.

2,937 civilian casualties have been recorded in these four months out of which there are 974 deaths and 1,963 others are wounded.