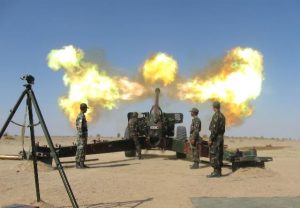 A teenage boy was killed following cross-border shelling from the other side of Durand Line in eastern Kunar province.

Provincial police chief, Gen. Abdul Habib Syed Khe, said at least 21 rockets were fired from the other side of Durand Line on Wednesday night.

He said the rockets landed in Dangam, Shegal, Marwara and Sarkano districts which left damaged several houses besides leaving a teenage boy dead.