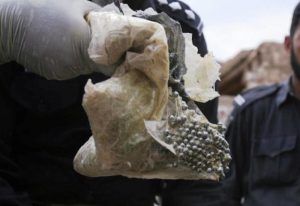 A key Taliban group member who was trained for the suicide attacks was arrested by the security forces in northern Sar-e-Pul province of Afghanistan, the local officials said Monday.

The detained Taliban group has been identified as Ahmad Khurshid who is a fresh graduate of a training center where militants are trained for the suicide attacks and bombings.

The provincial government media office in a statement said Khurshid had recently graduated from the training camp located in Suzma Qala district and was sent to Sancharak district for the attacks.

The statement further added that Khurshid was arrested on Sunday night while supervising a coordinated attack on security posts and other government compounds.

At least one Taliban insurgent was also killed during the clashes and four others were wounded, the statement added.

Sar-e-Pul is among the relatively calm provinces in northern Afghanistan but the anti-government armed militant groups are active in some of its districts and often conduct insurgency activities.

The Asian Development Bank said that they have approved $405 million in grants to support food security...