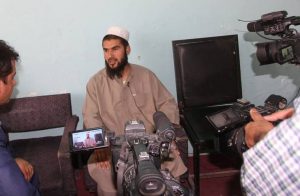 A special forces commander of the Taliban group has been arrested during an operation in northern Baghlan province of Afghanistan, local officials said Monday.

He said the Taliban commander was conducting insurgency in Chardara district of Kunduz province and was looking to escape to Kabul when they were arrested.

Gen. Gulbahari further added that the detained militants are in police and have confessed to their crime.

This comes as the Afghan security forces arrested the military chief of the group for Kunduz Qari during a special night operation in Kunduz late in the month of April.

Kunduz is among the relatively volatile provinces in north of Afghanistan where the Taliban insurgents have concentrated their insurgency during the recent months.

The group has launched major offensives to take control of key areas of Kunduz province, inclduing the strategic Kunduz city.

The Taliban militants seized the control of the city late in mid-2015 after launched coordinated attacks on the city.

However, the Afghan Special Operations Forces have retaken the control of Kunduz city from the Taliban militants earlier in the month of October after the city was in control of the militants for almost a week.