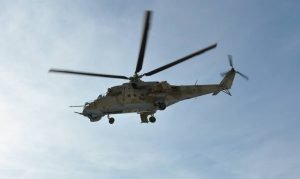 The Taliban shadow governor for southern Helmand province has been killed in airstrike in the restive Marjah district, local security officials said.

The airstrike was carried out late on Sunday night targeting the Mullah Manan and his fighters in the vicinity of Marjah district.

He said the airstrike was carried out as part of Khanjar operations which were launched six days ago in Marjah to suppress the insurgency activities of the Taliban militants.

This comes as at least 8 militants were killed during an attack on the Taliban prison in Marjah district earlier.

The Ministry of Defense said 7 militants were also arrested an Improvised Explosive Device (IED) manufacturing factory was destroyed along with a vehicle and two motorcycles belonging to the militants.

At least 19 hostages were also released from the prison belonging to the Taliban militants during the raid, MoD added.