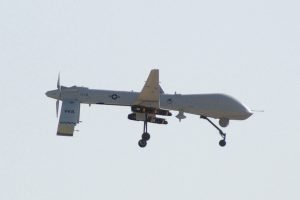 A commander of the Red Unit of the Taliban group and his five security guards were killed during the drone strikes conducted in northeastern Kapisa province of Afghanistan.

The 201st Silab Corps of the Afghan Military in the East said the airstrikes were carried out in the vicinity of Nejrab district on Tuesday.

According to a statement released by Silab Corps, the US forces conducted airstrikes using unmanned aerial vehicles in Pechghan Valley of the district, leaving at least six militants dead, including a commander of the Red Unit of the group.

The statement further added that the airstrikes were carried out as the Taliban Red Unit commander and his security guards were travelling in a vehicle.

The vehicle of the Taliban militants was destroyed in the airstrike and the local residents did not suffer any casualty, the statement added.

Kapisa is among the relatively calm provinces in Northeastern parts of the country but the security situation of the province has started to deteriorate recently amid ongoing efforts by the militants to expand their insurgency.