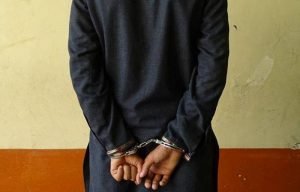 A key Taliban leader in charge of recruiting militants for the group has been arrested in southern Kandahar province of Afghanistan.

According to the local security officials, the detained Taliban leader has been identified as Akhtar Mohammad and was arrested late on Saturday night in Kandahar city, the provincial capital of the province.

Provincial police spokesman Zia Durani confirmed the report and said Akhtar was arrested around 9 pm local time during a special operation conducted in the city.

He said another Taliban member who was involved in target killings and guerilla attacks was also arrested during the operation.

The security situation in Kandahar had improved during the recent years however the insurgents have increased their attacks in several southern provinces, including Helmand that resulted into the deteriorating security Kandahar.

This comes as the Afghan security forces are busy conducting counter-terrorism operations to suppress the insurgency activities of the militant groups who are attempting to expand their insurgency as part of their spring offensive.

The Taliban group announced their spring offensive last month and vowed to carry out more attacks across the country.