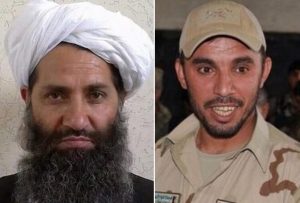 Gen. Raziq claims that he is in contact with the Taliban group leaders and has participated in talks for at least four times as efforts are underway to encourage the group to start peace negotiations, according to RFE/RL’s Afghanistan Service.

According to Gen. Raziq, the contacts between him and the Taliban leaders started nearly two months ago and efforts are underway to start talk for reconciliation.

The Police Chief of Kandahar also claimed that representatives of some other countries, including US, Saudi, and officials of certain European countries are also engaged in the ongoing efforts for the revival of peace talks.

The Taliban group has not commented regarding the latest claims of Gen. Raziq so far.

In the meantime, Gen. Raziq claims that almost half of the Taliban leaders representing the Quetta Shura (Council) are shown readiness for the peace talks.

This comes as reports emerged earlier suggesting that the Afghan officials and Taliban group leaders will participate in the summit in Azerbaijan to discuss peace prospects.

However, the Taliban group spokesman Zabiullah Mujahid rejected the reports and said none of the leaders of the group will take in the summit.