Taliban’s military commission chief for Badghis killed in an ambush 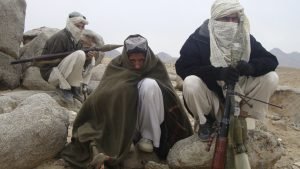 A senior Taliban leader was killed in an ambush of the Afghan National Defense and Security Forces (ANDSF) in western Herat province of Afghanistan.

Local officials in Herat province said Mawlavi Alam was the group’s military commission chief for Badghis province and was killed as he was travelling to Herat province.

He said Mawlavi Alam was involved in major attacks that led to the killing of scores of security personnel and civilians.

Badghis is among the relatively volatile provinces in central Afghanistan where anti-government armed militant groups are actively operating in a number of its districts and often carry out insurgency activities.

This comes as Taliban’s shadow governor was killed during an operation of the Afghan police forces in southeastern Ghazni province.