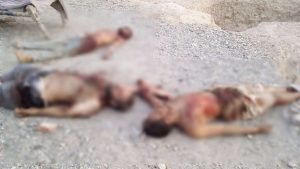 At least seven Taliban insurgents were killed during a joint operation of the Afghan security and Special Operations Forces in central Maidan Wardak province of Afghanistan.

The provincial police commandment said the military commission chief of the group was also among those killed and at least five others were wounded.

The police commandment in a statement said the operations were conducted in Deh Afghanan village and Qala-e-Ziarat located in the center of the province.

The statement further added that the Taliban leader killed during the operation has been identified as Qari Noor Aqa who was actively in charge of the group’s military commission in this province.

According to Maidan Wardak police commandment, at least 50 Taliban insurgents have been killed or wounded during the operations of the Afghan forces in this province during the past one month.