Taliban leader in charge of finances and logistics killed in Helmand 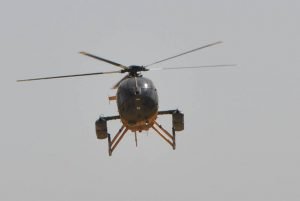 A key Taliban leader who was in charge of financial deals and providing logistics for the militants was killed in an airstrike in southern Helmand province of Afghanistan.

According to a statement released by Helmand governor’s office, the Taliban leader was killed in an airstrike conducted in Nade-e-Ali district of Helmand but no further details were given regarding his identity.

The statement further added that the Taliban leader was in contact with the group’s leadership in Quetta and was arranging weapons and other military kits for the insurgents.

In another operation conducted in Garamser district of Helmand, at least ten insurgents were killed and two more insurgents identified as Mullah Fazil and Abdul Raziq from Mullah Naeem group were detained while one of their vehicles was destroyed.

The Helmand governor office also added that eight insurgents were killed, 6 others were wounded, and 2 PKM machine gun, 3 Ak-47s, and one vehicle were destroyed during an airstrike conducted in Greshk district.