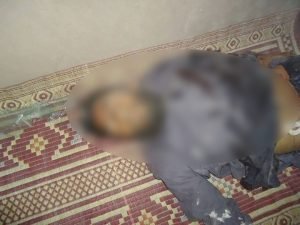 A deputy shadow district chief of the Taliban group was killed during an operation of the Afghan forces in eastern Nangarhar province of Afghanistan.

According to the local officials, the deputy shadow district chief of the group for Sri Rod was killed during an operation of the Special Forces of the National Directorate of Security.

The provincial government media office in a statement confirmed the killing of Qari Daud during a night raid of the Special Forces.

The statement further added that the operation was conducted late on Saturday night in Sri Rod district and as a result two militants were also arrested.

At least four others were also held on suspicion of having links with the militant groups from the same district, the provincial governor’s office added.

However, since the year 2014, reports continue to emerge regarding the growing insurgency activities of the anti-government armed militant groups in some remote parts of the province, including Achin.

At least two foreign insurgents fighting in Taliban militants ranks were killed during the operations in this province last week.