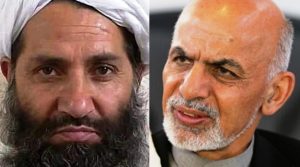 The Taliban group in Afghanistan has vowed to step up attacks despite the appeals made by the government and the United Nations Assistance Mission in Afghanistan to respect the holy month of Ramadan and stop violence.

“Islam’s major battles were fought in Ramazan like the Jang-e-Badr and the Conquest of Mecca. So we will step up operations against the invaders and their backers,” Taliban spokesman Zabiullah Mujahid quoted by Daily Times has said.

President Mohammad Ashraf Ghani had earlier also urged the Taliban group and other militants to respect the Holy Month of Ramadan and refrain from violence.

“I sincerely hope that the observation of Ramadan will provide an opportunity for all communities in Afghanistan to come closer to each other and build bridges peacefully. In the same spirit, I would like to call parties to the conflict to respect this religious obligation and halt the fighting,” Tadamachi said in a statement.

He also added that the United Nations in Afghanistan remains committed to stand with the people of Afghanistan in their quest for a peaceful, united and prosperous Afghanistan.