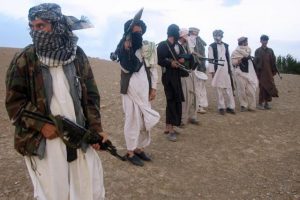 A local reporter of Killid Radio says that Taliban have warned people in areas under their control to vacate their home if they are not poisoning security forces.

Another resident who has left his home told the media that they were suffering from war.

Local officials are not refusing the reports but say that Taliban have failed that is why they are bending to these acts.

Several incidents have taken place in Helmand and in its neighboring Zabul and Urozgan provinces where police were poisoned or made unconscious and later martyred by the Taliban.