Taliban threatens to carry out attacks against election targets 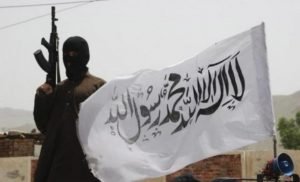 The Taliban militants group in Afghanistan has threatened to carry out attacks against the election targets during the upcoming parliamentary and district council elections.

Claiming that the elections are conspiracies of the West and the United States, the group in a statement said “The Islamic Emirate instructs all its Mujahidin to halt this American led process throughout the country by creating severe obstacles for it, while taking extensive and intensive care of civilian Afghan lives and their properties.”

“Those people who are trying to help in holding this process successfully by providing security should be targeted and no stone should be left unturned for the prevention and failure of this malicious American conspiracy,” the statement added.

The parliamentary and district council elections are scheduled to be organized on 20th of October.

This comes as the security officials had earlier assured that necessary precautions are in place to ensure the safety and security of the elections.

Rahimi further added that “ANDSF increased offensive and aggressive operations by 36 percent and number of ANDSF causalities has decreased due to the increase in offensive operations. This helped the security situation of the country improve, especially Kabul city.”

In reaction to the interview of the exiled president of Afghanistan, Ashraf Ghani Ahmadzai, Chargé...