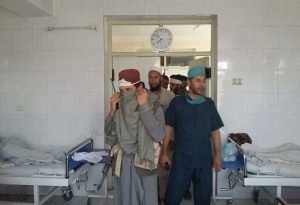 A local security official speaking on the condition of anonymity confirmed that the Taliban militants have taken full control of the city and the security forces have fully retreated.

The deputy provincial governor Hamidullah Danishi earlier confirmed that half of the city has fallen to Taliban control but the provincial government compound and some other areas are still in control of the security forces.

He said the Afghan security forces will hopeful push back the Taliban militants once additional forces have been deployed.

His remarks were followed after unconfirmed reports suggested that the Taliban militants have also taken control of the central prison along with the intelligence compound and the UN compound, provincial governor office and provincial police headquarter.

The Taliban militants launched coordinated attack on the city from three different angles earlier this morning.

The Médecins Sans Frontières (MSF) International earlier confirmed at least 66 patients including eight dead bodies were shifted to MSF hospital in Kunduz and at least 17 of them were in critical condition.