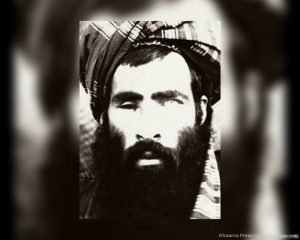 The Taliban Supreme Leader Mullah Mohammad Omar is in custody of the Pakistani security forces in Karachi city of Pakistan.

Aimal Faizi, spokesman for ex-President Hamid Karzai has said that the issue was shared by the US Secretary of State John Kerry.

“The current Secretary of Stat John Kerry who was serving as the US Senator, had shared the issue with President Karzai during a meeting in Kabul,” Faizi told the BBC Pashto correspondent Emal Pasarly.

According to Faizi, Karzai had sought clarification regarding the presence of Mullah Omar in Karachi city, but received no satisfactory response from Kerry.

“President Karzai immediately responded and said why US is not taking any action to apprehend him? There is a US bounty on him and ordinary civilians are targeted on daily basis under his leadership, but he is in custody of Pakistani forces,” Faizi added.

The remarks by Faizi comes as earlier reports suggested that Mullah Omar has possibly passed away amid reports that the group has divided into three different parts.

Hasib Sediqi, spokesman for the National Directorate of Security (NDS) told reporters that senior Taliban figures have divided into three groups are having major differences among them.