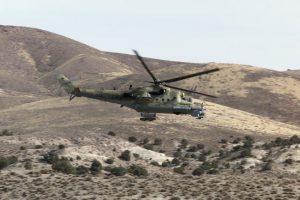 The Taliban militants have suffered heavy casualties in a series of air and ground operations in northern Kunduz province of Afghanistan, local officials said Sunday.

He said at least 61 militants have been killed so far which include 3 of the group’s commanders and scores of others were injured.

Meanwhile, at least 10 militants were killed in separate operations involving air raids in Chardara and Khanabad districts, the officials added.

The local officials are saying the anti-government armed militants have been dispersed as a result of the military operations and it would be difficult for them to consolidate their activities due to the heavy casualties they have suffered.

The Taliban militants group has not commented regarding the reports so far.

Kunduz is among the volatile provinces in northern Afghanistan where anti-government armed militants are actively operating and frequently carry out insurgency activities.

The Taliban militants took control of the strategic Kuduz city during the summer last year following an offensive but the Afghan forces retook its control with the support of the coalition airstrikes.